…In whom also after that ye believed, ye were sealed with that holy Spirit of promise. – Ephesians 1:13 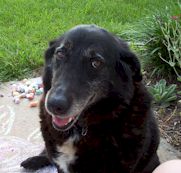 Summary: God adopts us as his children. He gives the Holy Spirit to those who believe in Jesus.

Have you ever been to the dog pound? If you want a puppy, you may find one at the dog pound. These beautiful young animals need a place to grow up. They need a person who will adopt them and care for them. Do you have any pets that you tend? (Listen to the children’s answers.) Wow! That sounds like you really love your pet!

Today’s story is about how much God loves us.

God has given us every spiritual blessing. Some of those blessings are love, joy, and peace. God has blessed us by adopting us as his children. Adopted means that you are taken to a new home to be cared for and loved by parents. He even makes a promise to us that he will always love us. He makes a down payment on us by giving us his Holy Spirit. That guarantees that we are his children. We belong to Jesus. He cares for us and loves us.

Let us pray: Dear Lord Jesus, thank you for adopting me as your child. I love you, too. Amen.