Props: a toothbrush and a Bible 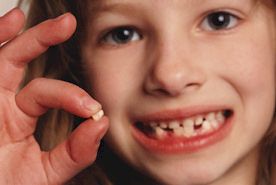 Today I brought a toothbrush with me. Do you have a toothbrush at home? (Listen to responses.) A toothbrush helps keep your teeth clean. If you do not brush, the germs in your mouth will gradually eat a little hole in your tooth, causing a cavity. That means you must visit the dentist to fight further tooth decay. But today I want to tell you about how to fight truth decay.

The Bible is God’s truth. God never lies. We can depend on what we read in God’s Word. But we have to study the Bible regularly to know what is true and how we should live. Let’s read what the Bible says to do. In 2 Timothy 2:15 it says, Study to shew thyself approved unto God, a workman that needeth not to be ashamed, rightly dividing the word of truth. That means you should study the Bible to get a good understanding of it. When you understand the truth, you won’t be ashamed because you will have the right answers.

Let’s take a short Bible quiz:
1. Man came to live on earth because
a. apes evolved into humans
b. aliens landed from another planet, or
c. God created man on the 6th day of creation.
Answer: c (Genesis 1:27)
2. When David fought Goliath his weapons were
a. a bow and arrow
b. the king’s sword and shield, or
c. a slingshot and five smooth stones.
Answer: c (1 Samuel 17:40)
3. Jesus died on the cross
a. because He loves you
b. to take away your sins
c. so you could have a chance to live forever, or
d. all of the above.
Answer: d (John 3:16)

How did you do on the quiz? Now you know why it is important to know the truth. When you study the Bible you not only know the facts, but also you understand that God loves you and how he wants you to live. Just as brushing your teeth fights tooth decay, studying your Bible fights truth decay.