Six days shall thou labor, and do all thy work: But the seventh day is the Sabbath of the Lord thy God… Exodus 20:9,10a

Summary: God created the Sabbath so man would have a day to rest from working. 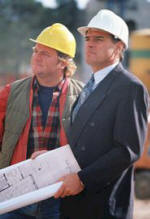 Does anyone know which holiday we will have tomorrow? Labor Day. Yes, that’s right. God made the heavens and the earth in six days, but on the seventh day he rested. He gave us one day out of seven as a day of rest. He did this so we would not get too tired or sick from working all the time. It is important for us to take time to rest. It gives us a time to thank Jesus for all He does for us. It gives our bodies a chance to rest, so that we can stay healthy.

Labor Day is a national holiday that Congress started to honor the men and women who work every day in America. When they work, they earn money to support their families. They also pay taxes. The money taken in taxes is used to buy things that everyone uses. Can you think of some things that taxes pay for?

Here are some: roads and bridges, schools, government buildings, police and armed forces, and many other things. We can all be thankful that Jesus has given us our health and allowed us to have meaningful work. One day you will be older and will start to work. Then you will join the many millions of people who work hard to pay taxes so we may enjoy these services.

Let us pray: Dear God, thank you for working people. Thank you for giving us a day of rest, so we can remain strong and healthy. We love you. We pray in Jesus’ name, Amen.