By faith the walls of Jericho fell down, after they were compassed for seven days. By faith the harlot Rahab perished not with them that believed not, when she had received the spies with peace. – Hebrews 11:30,31 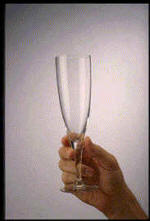 Summary: Joshua obeyed God at Jericho to begin the Israelite conquest of Canaan. God gave the battle plan and the Israelites acted in faith. Archaeologists confirmed the historical accuracy of the Bible in the ruins of ancient Jericho.

Today I want to tell you about the battle of Jericho. After 40 years of wandering in the wilderness, Joshua and the people of Israel had crossed the stopped waters of the Jordan River (another miracle!) and now were ready to begin to conquer the land of Canaan. Joshua was an experienced military leader, but nothing in all his military training could have prepared him for God’s plan to take Jericho. He would have to act on faith and trust God for the victory.

Jericho is considered the oldest known inhabited city in the world. Around 1400 B.C. Joshua laid siege to the fortress city. The armies of Israel surrounded it so that no one could enter or leave it. Our Lord Jesus is named with the same name as Joshua, Yeshua in Hebrew, which means “Jehovah is Savior.” Before the battle began, the captain of the host of Israel (Joshua) had an encounter with the captain of the Lord of hosts (Jesus). Joshua worshipped Him and listened carefully to the battle plan. He spoke as if the city of Jericho was already won. This surely strengthened Joshua’s faith. He was being told the future before it even happened by God!

This was the plan: For six days the army would circle the city once while the priests blew their ram’s horns. The priests with trumpets went first, then the priests which carried the Ark of the Covenant, then the army. The only sound would be the sound of the horns; no one could speak a word. Then on the seventh day, they would circle the city seven times in the same manner, and then when Joshua gave the signal, they would shout with a great shout. Then the walls would fall flat and they would run into the city and burn everything and everyone in it.

Joshua had a great test of faith. Would he try his own brilliant military plan, or completely trust God and obey in faith? He had an intelligence report from the spies, and might have even drawn some plan of attack. If you think Joshua had a hard time believing God, we are not told anything about it. Let me try something with you. Do you see this crystal glass? Here’s my plan: I’m going to get this glass to sing. Yes, sing! Do you have faith that I can do it? [Listen for answers] Watch now, while I make this glass sing. [Fill the glass halfway with water. Dip your index finger in the water and gently rub a circle around the inner rim of the glass until the vibration produces a humming sound. When the humming gets louder, say “It’s singing! Do you hear it?”] Never underestimate the power of faith.

Just as I rubbed my finger around this glass, the army of Israel marched around Jericho as God commanded while the priests blew the horns. They may have been tired of covering the same ground over and over again each day, but they obeyed God exactly. As Christians, we may tire of dealing with the same problem over and over again, but we can trust God to help us. Finally, on the seventh day after the seventh time around the city, Joshua gave the command and everyone yelled as loud as they could shout. Let’s try it now, everyone shout! [Hold your ears] Then a great miracle of faith happened: the walls fell out from the city, flat on the ground, making a ramp for the invading Israelite army! They ran straight in and burned everything. The only family who survived inside Jericho was Rahab and her family. She had helped the spies and was later a part of the ancestry line of Jesus (Matthew 1:5) because she had faith to trust God to save her.

Archaeologists (people who dig up old places) have found these ancient walls of brick, and the burned remains of the city. We can trust what the Bible says. The Bible is an accurate record of history. Nothing was taken from the city. Joshua put a curse on Jericho and no one ever rebuilt it on the same site again. God was determined to wipe out the idol worship and practices in Canaan. God began the conquest of Canaan with this miraculous victory at Jericho, where the walls came tumbling down!