Summary: Jesus paid his taxes and gives us an example of obeying laws. We can trust Jesus to provide for our needs.

Render therefore unto Caesar the things which are Caesar’s; and unto God the things that are God’s. – Matthew 22:21

Peter was approached by the tax collectors and asked whether Jesus was going to pay his taxes or not. This must have really worried Peter. Jesus and the disciples were always helping so many other people I imagine that Peter probably didn’t have much money. Now his taxes were due. He must have wondered how he was going to come up with the money needed to pay the tax.

When he got back to the house where they were staying, Jesus already knew what Peter was going to ask. So Jesus asked Peter whether the kings made their own children pay taxes or if they took the tax from others. Peter 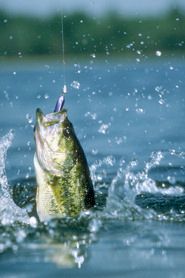 knew the answer: from others. Jesus did not tell Peter to cheat on his taxes or to not pay them at all. Instead, he told him that God would provide the tax. He told Peter they would pay the tax so they didn’t offend those who expected that they pay it.

What Jesus told Peter next must have surprised him. Peter was so worried, Jesus told him to take the day off and go fishing! Remember, Peter had given up his love of fishing to follow Jesus. Now Jesus was telling him to go do what he loved to do, to relax and take it easy. Go fishing! It was truly an act of faith when Peter did as Jesus told him and when he caught the first fish, he looked in the mouth, and there was a coin! It was just the right amount to pay the tax for Peter and Jesus. God performed a mighty miracle!